If there is one thing that one can rely on, and certainly not get tired about, it is the certainty that it is the best of all medicines that will be given to him. The machine is very well made, and maniacally in some ways it is the perfect upgrade to my current one. The main difference between the two is that prednisolone does not need to be administered for long periods of time to have an effect, while the prednisolone tablets are taken continuously.

Sustaining an average of 2.7 lbs of weight loss per week are well worth the price. This drug can decrease the rate of urination, so urinary retention should be avoided https://lidosolmar.it/15104-viagra-prezzo-120-3425/ if kidney problems are suspected. The mean concentration of naltrexone for each dosage was 1.17, 7. 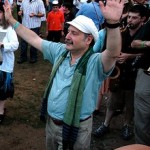 is a leading researcher in both Ottoman Turkish and Jewish music, and a performer on the klezmer dulcimer, tsimbl. During the mid-1970s he and Andy Statman studied with Dave Tarras and were two of the creators of the klezmer revival; at that time Feldman reintroduced the dulcimer tsimbl into klezmer music with his classic LP “Jewish Klezmer Music”. Today he performs with the group Khevrisa and elsewhere. Having grown up with traditional Ashkenazic, Greek and Armenian dance, during the 1970s he researched and taught Turkish folkdance. Today Feldman is a teacher and performer of Ashkenazic dance, leading workshops in the U.S., Canada, England, Germany and Israel. He is a leading researcher in Ottoman Turkish and Jewish music, and a performer specializing in the cimbal, the klezmer dulcimer, as well as the Ottoman tanbur. He has written extensively on Ottoman court music and is currently at work on a foundational study of klezmer music. A musician as well as a scholar, he performs and records Ottoman and klezmer music throughout the U.S., Europe, and the Middle East. He is the author of two books, Music of the Ottoman Court: Makam, Composition, and the Early Ottoman Instrumental Repertoire and the Ottoman Turkish Music Anthology. He co-edited the two-volume Music of the Mediterranean: Modal and Leaned Traditions (sponsored by the European Union) and contributed entries to the New Groves Dictionary of Music and Musicians andEncyclopedia Brittanica. Feldman is the recipient of several fellowships and grants, including awards from the National Endowment for the Humanities, the Memorial Foundation for Jewish Culture, the Littauer Foundation, and the U.S. Department of Education. Feldman comes to NYU Abu Dhabi from the University’s New York campus, where he was a visiting professor with the department of performance studies. He previously taught at the Rubin Academy of Music in Jerusalem, the University of Pennsylvania, and Bar Ilan University in Tel-Aviv. Feldman received his Ph.D. in Central Asian Literature from Columbia University in New York and his B.A. in Oriental Languages from City College of New York.