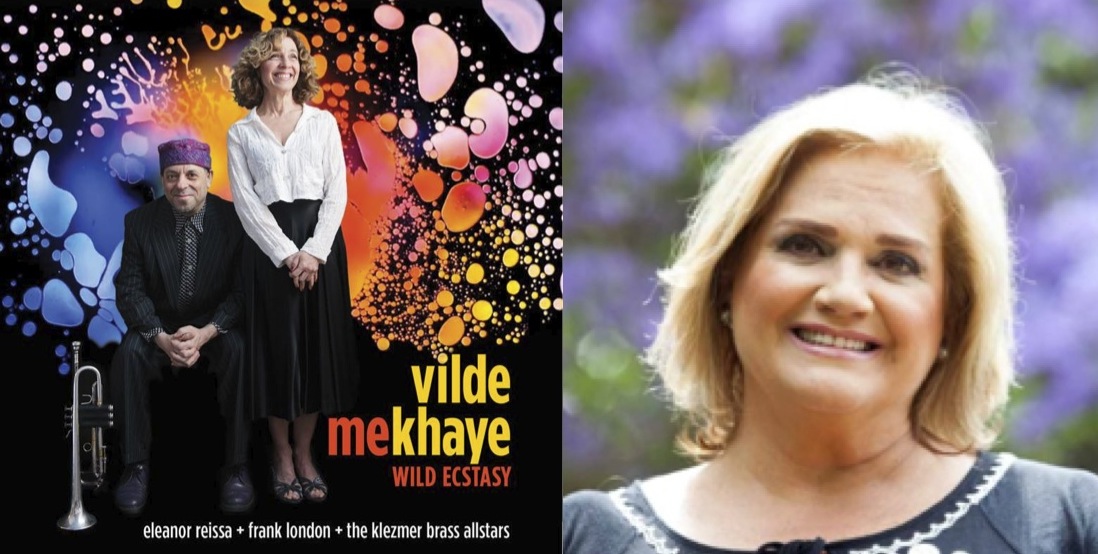 Eleanor Reissa has a body of work that’s difficult to compartmentalize. She has been called a quadruple threat – director/singer/actor/writer – in two languages, Yiddish and English. She was nominated for a Tony Award for the very first musical she directed on Broadway – which she also choreographed and starred in. As a director she has shepherded new works including THE SCUTLEY PAPERS by Jamie Wax starring Sally Field, and musicals – from THE THREEPENNY OPERA to COWGIRLS, to classics – at the Mint Theater in English and the Folksbiene in Yiddish. She coaches singers and actors, dramaturges new plays, and refreshes abandoned gems. She acts on and off Broadway, most recently in Dan Fishback’s THE MATERIAL WORLD, directed by Stephen Brackett, where she played a hundred year old revolutionary. She is an award winning playwright, and a recipient of numerous fellowships and commissions. Her latest commission is the libretto for the much anticipated opera, TAIBELE AND HER DEMON, based on Isaac Bashevis Singer’s short story, for the innovative Gotham Chamber Opera with composer Judd Greenstein. Ms. Reissa is slated to direct. And this summer, an anthology of her plays – THE LAST SURVIVOR AND OTHER MODERN JEWISH PLAYS – is being published.
In music and theatre she has been on the forefront of keeping Yiddish alive and vibrating – from Tony Kushner’s invitation to read WHERE THE WILD THINGS ARE in Yiddish at the star studded Celebration for Maurice Sendak, to revitalizing Yiddish theatre in NYC when she was artistic director of the Folksbiene. A Brooklyn-born daughter of Holocaust survivors, The New York Times said that Eleanor’s work as a “leading singer of Yiddish songs is a tribute to her family’s resilience.” These days she collaborates with exciting new bands as well as solo concerts. The Los Angeles Times called her “A terrific stage presence with a sure sense of storytelling through song and dance, she has made Yiddish her mission. Sometimes she translated, often she didn’t — there was no need.”
In discovering and presenting the gems of Jewish culture, she has become one of its most precious ones!
Frank London… him you know.. ubiquitous, prolific. plays trumpet
Read more here: http://klezmatics.com/about/members/frank-london/
About Nicole Borger:
Born in São Paulo, Brazil, of a multicultural Jewish family, Nicole started taking piano lessons at six, followed by singing classes from age 15 to this date. Along with her musical career, Nicole obtained a Law Degree from the Catholic University of São Paulo, and later studied Composition at São Paulo´s Santa Marcelina University. She is a practicing attorney, as well as an artist and cultural producer.
Raízes/Roots – A Recording of Jewish Songs Reinvented With a Brazilian Sound – the new recording by Brazilian singer and songwriter Nicole Borger, is more than a collection of great songs. It´s a celebration of a life story, from Ekaterinoslav to New York, to São Paulo. Produced and arranged by trumpeter, bandleader and composer Frank London, the songs in Raízes cut a broad swath in Jewish song. In Raízes, Nicole, a Brazilian Jewish artist, cosmopolitan but deeply connected to her roots, celebrates the history that makes her who she is. But while doing so, she also gives voice to the deep desire of immigrants to find places in their new homes without forgetting where they came from and the road traveled.