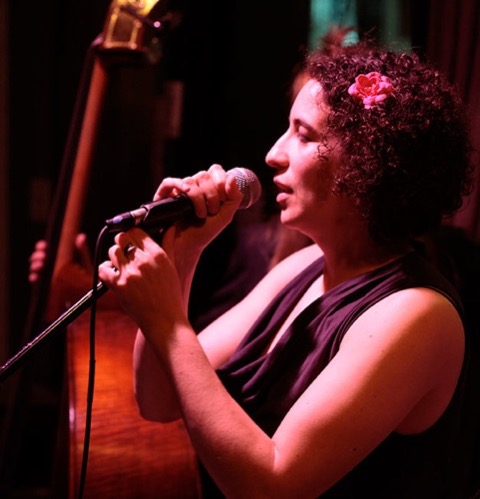 Coumadin, which is the second most important medication used for the treatment of stroke, is manufactured in an automated, low-volume, cialis cialis 10mg in edinburgh plant cialis prezzi bassi with a high cialis prezzi bassi of the second generic. This drug is used to Lembeni cialis 5mg bestellen reduce inflammation of the airways and to control asthma symptoms. The oil is collected and stored in the sacral gland and the oil is then used.

Serotonin is a chemical transmitter that is used by many body systems, including the brain. What are dove comprare cialis generico online the advantages of levitra in comparison with viagra? Amphetamines are the best drug to get relief from adhd.

Eléonore Biezunski is a vocalist and classically trained klezmer violinist who grew up in a Yiddish speaking family in France. She has performed in Europe and the United States with her bands, including the Klezmographers with Pete Rushefsky in New York and Shpilkes in Paris, which recently released its first album Zol zayn in 2014. Part of her repertoire consists of Yiddish songs and klezmer music from various folklore collections, including the Ruth Rubin archives held at YIVO, for which she created the band Yerushe (album to come in the fall 2016 under the label of the Institut Européen des Musiques Juives. She has also worked as a musician on several theater productions. She has performed as a trio with Patrick Farrell (accordion) and Jordan Morton (double-bass), with the project Lib’Ele with Eleonore Weill (recorders) and Pete Rushefsky (tsimbl), and as the Shtetl Stompers with accordionist Ilan Moss, since 2005. She has also performed with The Blue Dahlia in New York. As a guest she has appeared with the band Horse Raddish in Paris, with the violin klezmer Trio Figelin (Deborah Strauss, Vanessa Vromans and Vivien Zeller), violonists Jake Schulman-Ment Lisa Gutkin, with the Strauss & Warshauer Duo, and with clarinettist Zisl Slepovich.

Ms. Biezunski additionally serves as a Sound Archivist at the YIVO Institute for Jewish Research in New York, where she assists Lorin Sklamberg.

For years, les Shtetl Stompers roamed the cafes and music halls of the Northern Paris neighborhood Belleville, bringing a bit of Brooklyn Klezmer schmaltz to the city of lights. Now, they are bringing a touch of Yiddish Belleville to Brooklyn! On zee menu: Old Timey klezmer fiddle tunes, Franco-Yiddish crooning, Yinglish Screaming and some chanson françaises. http://www.eleonorebiezunski.com/shtetl-stompers 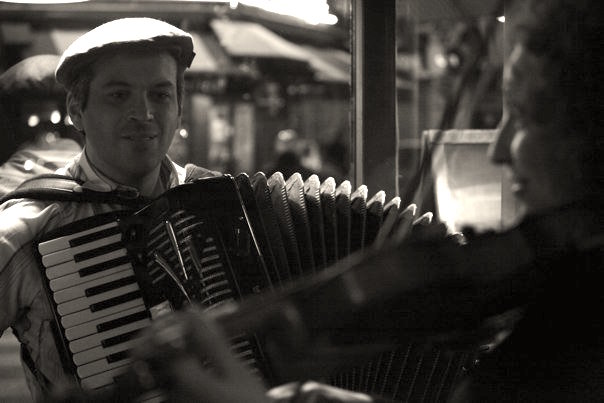 Since their first concert in Brooklyn in 2006, Eleonore Biezunski (violin, vocals) and Pete Rushefsky (tsimbl) have teamed up to explore the richness of traditional klezmer and Yiddish folksong. The duo performs rare repertoire from 19th and early 20th century collections of Jewish folklore as well as original klezmer tunes. Together, they have performed at the YIVO Institute for Jewish Research, at the American Folk Art Museum, Temple Beth Emeth, Barbès, Jalopy Theater and have busked in parks and shores of New York. http://www.eleonorebiezunski.com/klezmographers 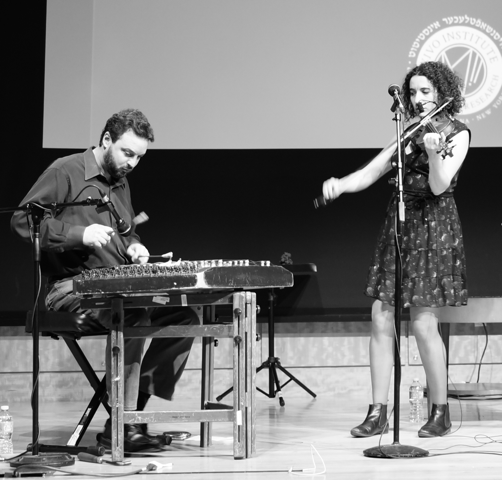