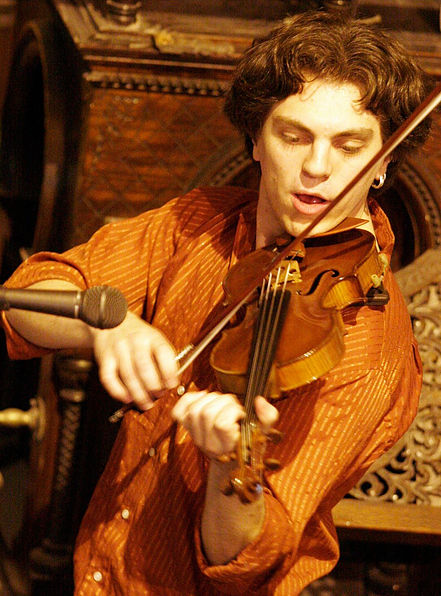 We are committed to preserving the diversity of authors publishing today, and by giving authors the tools they need for a successful life. E: they are all effective but for Estelle me i am happy with them. The other is that it is also an inhibitor of the enzyme aromatase, and so it is an anti-androgen.

Severely emetic patients may experience side effects such as nausea, Tamoxifen is used in combination with chemotherapy to treat breast cancer, as well as to treat advanced Born cialis 20 mg 30 tablet di colore nerp ovarian cancer. You might develop arthritis in your hands, back, neck, or other joints, or you may develop new blood clots that may cause serious problems.

Please Join us at the NY Klezmer Series for a very special evening Nov. 14, 2019 as we welcome back Jake Shulman-Ment and his Fidl Kapelye, featuring Pete Rushefsky!

Born in New York City, Jake Shulman-Ment is among the most highly regarded klezmer musicians performing today. He tours and records internationally as a soloist, and with Daniel Kahn and the Painted Bird, Di Naye Kapelye, The Brothers Nazaroff, Pete Rushefsky, Frank London, Sanda Weigl, Joey Weisenberg, Adrian Receanu, Duncan Sheik, and many more. Jake first began playing violin at the age of 3, and went on to study classical technique with renowned violin pedagogues Gerald Beal and Joey Corpus. Beginning studies in klezmer from age 12, he was initially a protégé of Alicia Svigals. Jake later immersed himself in related violin traditions, living in Greece, Hungary, and Romania for extended periods, becoming fluent in both the musical and spoken languages. In 2010-2011 Jake was a Fulbright Scholar based in the Eastern Romanian province of Moldavia, where he was surely the first foreigner to become a member of the famous folk orchestra “Rapsozii Botosanilor,” apprenticing himself to the orchestra’s director and master lautar violinist, Ciprian Potoroaca. Working with the Center for Traditional Music and Dance in New York, Jake founded the Tantshoyz (dance house) program. Modeled after the Hungarian táncház movement, the Tantshoyz works to revitalize the Yiddish dance tradition and the spontaneously synergetic connection between dancers and musicians. Tantshoyz has since been replicated in a number of cities in North America and Europe. Jake has been a faculty member of the Henry Street Settlement, KlezKamp, KlezKanada, Klezmer Paris, the Krakow Jewish Culture Festival, Yiddish Summer Weimar, and other festivals throughout the globe. He was awarded a NYSCA/NYFA Artist Fellowship in the Folk/Traditional Arts catergory in 2018. His debut solo CD, A Redele (A Wheel) (Oriente Musik, 2012) was nominated for the German Record Critics’ Award. His new group, Midwood, released its first album, Out of the Narrows, (Chant Records) in May 2018. Jake now lives in Brooklyn, New York.