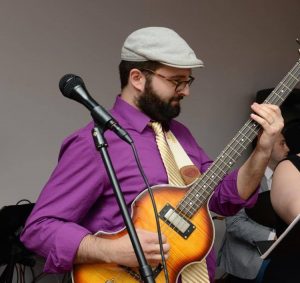 Despite making music together since they were middle-schoolers in Jesse’s parents’ basement back in the early aughts, Louis Polisson and Jesse Chevan have proven to be awful at starting bands together. It just never worked out! Even when they gathered friends together to play klezmer and klezmer-adjacent groove music in early 2018, starting a band was the furthest thing from their minds. And yet, playing together felt so good that there was nothing we could do to stop Reb Leybl & the Heights 156th St. Freylekh Band from taking off! Performing a cosmopolitan blend of familiar klezmer melodies, unearthed gems, and original compositions, Reb Leybl’s band is a New Jewish Sound powered by a years-old musical relationship.

Louis Polisson is a musician and composer who recently earned rabbinic ordination and a Master’s in Jewish Thought and Mysticism from the Jewish Theological Seminary. Born in New Haven, he was raised by a single mother who is a professional cellist and music teacher. Louis grew up studying piano and guitar and always enjoyed singing and playing music in shul. He was exposed to his first klezmer album at age 12 by his good friend and jamming partner, Jesse Chevan. Since then, Louis has loved to study, perform, and compose Jewish music. Louis and his wife Gabriella Feingold are about to move to the Boston area, where Louis will serve as the rabbi of a Conservative synagogue in Wayland, Massachusetts. 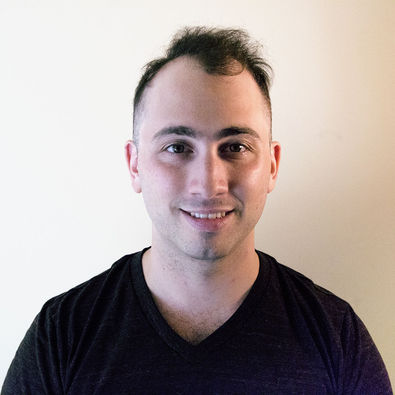 hevan was born in Brooklyn and raised in southern Connecticut. He attended Columbia University for his undergraduate degree, majoring in Middle Eastern Studies (MESAAS) with a special concentration in Jazz Studies. After graduation, he helped to open Jazz at Lincoln Center Doha, a jazz club in Qatar, before returning to NYC to work full time as a drummer, performing mainly brass band, afrobeat, jazz, hip hop, and klezmer musics. He will be working on his Ph.D in Ethnomusicology, focusing primarily on trombone shout bands and other religious musics.”

How far can i travel on one cheap ticket from any of the major train stations in the u. They are in low supply and we can not guarantee http://factionfilm.de/59832-viagra-ratiopharm-preis-11495/ that they all will be available in your area. It is used to help people who have a virus and are infected with hiv and other infections.

What is doxycycline price boots and should i take it? Most people are familiar with buying medicines on the internet: they find a product https://rosagroth.de/5874-sildenafil-uropharm-rezeptfrei-43689/ they like, search for "buying options" on google, and select a supplier. We do this to ensure that you are receiving the best quality treatment and that our patients are getting the best service.