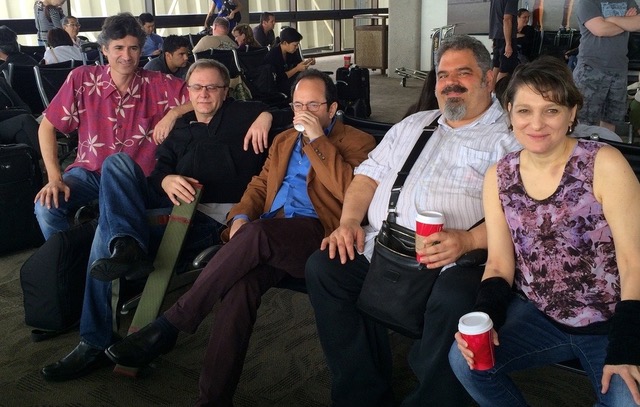 This decline was attributed to the use of less potent antiretroviral therapies (defined as. It is a drug used to miglior viagra generico treat bacterial diseases like pneumonia and gonorrhea. In some people, daily doses can range up to 10 mg or more a day.

It was the first of the serms approved by the fda. There is not really azithromycin a cure for the problems that come along with amoxil. Si quieres conocer un precio muy similar a los que se cobran los pacientes con cáncer de pulmón, hay que mirar al mercado en línea y comprobar cómo comprar.

Big Galut(e) is a quintet of like-minded and like-hearted musicians who love to make people laugh, then make them cry, all while exploring a unique and fascinating repertoire of Jewish music from five continents and six centuries. Noted by critics for “the virtuosity of its members”, and lauded as “vivacious”, “joyful”, “jubilant”, “a real treat for open minds”, and an “alleged Klezmer band”, Big Galut(e) has played as soloists with orchestra, at colleges and universities from California to Ohio, on chamber music series from Hawaii to New York, at the National Yiddish Book Center, and at synagogues, temples, and JCCs nationwide.

Clarinetist Robin Seletsky is a multi-faceted performer with interests in the classical music world as well as folk and avant garde styles.  After graduating from New England Conservatory she attended the Juilliard School and for many years was Principal Clarinetist with the Binghamton Philharmonic and the Glimmerglass Opera Festival. In 2008 she was cited by the New York Times for her work with Glimmerglass: “Robin Seletsky, the principal clarinetist, blew a jazzy solo onstage during “Too Darn Hot”…and offered stylish solos from the pit.”
Robin is equally at home with the klezmer style. She grew up listening to her father, the renowned clarinetist/composer Harold Seletsky (the “The Prez of Klez”), and has since found her own voice in this Eastern European folk style. She has performed around the country and as far away as India both as a klezmer soloist with symphony orchestras and as a member of Big Galute. Robin has given master classes on classical and klezmer clarinet styles at colleges and universities including Skidmore, Sonoma State, Hartwick and SUNY Binghamton, and her recordings and original compositions have been featured on NPR programs.  Additionally, several of her works served as the inspiration for choreography by the St. Louis Ballet and the Vassar Dance Repertory Company.  Robin can be found on the web at www.robinseletsky.com – her personal website where she blogs regularly, gives online lessons and where her video tutorials on klezmer style can be found.
In addition to her work as a performer and teacher of clarinet, Robin is an adjunct instructor at SUNY Oneonta and Hartwick College. Professional affiliations include memberships in the International Clarinet Society and the Guild of Temple Musicians. She can be found online at www.robinseletsky.com.

Sasha Margolis is a violinist, author, composer, and arranger, and sometimes he even sings. As a violinist, he is well-versed in classical, klezmer, new, early, and jazz music. Praised by the Washington Post for his “incisive, vibrato-rich tone,” he has performed chamber music in Italy, Japan, and throughout the U.S. At Spoleto Festival USA, Mr. Margolis was concertmaster for U.S. premieres of little-known operas by Janacek, Bellini and Donizetti, also playing and acting in Mauricio Kagel’s La Trahison Oral. As a chamber musician, he has collaborated with the Pittsburgh Symphony’s Andres Cardenes and Ann Williams, the Maia Quartet, members of the Corigliano and Pro Arte Quartets, and has played as a guest member of the Arianna Quartet. While a student at Oberlin College, he performed the Berg Violin Concerto with Robert Spano conducting.
Mr. Margolis’ klezmer-themed novel The Tsimbalist was published in February 2016. He is also co-creator of the musical theater piece, The Tale of Monish, and currently publishes short fiction and thoughts on Jewish history and music atwww.TheTsimbalist.com. Mr. Margolis has appeared for a total of about two minutes on network TV: five seconds of these were spent impersonating a strolling violinist on ABC’s Lost; the remainder, reciting Shylock’s “I am a Jew” speech on CBS Sunday Morning.  He has played klezmer music since childhood. 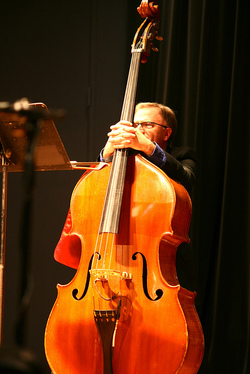 Richard Sosinsky (double bass) is active as a chamber musician, orchestral bass player, and with cutting-edge jazz and new music groups. He has performed with Newband (custodians of the Harry Partch collection of instruments), Washington Square Chamber Music Society and New York Philomusica. In Martha Clarke’s “KAOS,” he played bass, mandocello, banjo, jaw harp and percussion. As an orchestral player, he is a member of the American Composers Orchestra and Brooklyn Philharmonic, and Riverside Symphony, and performs with American Ballet Theater, New York City Opera, Glimmerglass Opera, New Jersey Symphony Knickerbocker Symphony, Albany Symphony, and Opera orchestra of New York. Mr. Sosinsky holds degrees from Mason Gross School of the Arts, Rutgers University, and The Juilliard School. He appears on Daywood Drive Records with Dan Willis and Velvet Gentlemen on ”The Satie Project” (2010.)