Steve Weintraub is a teacher, choreographer, and performer of Jewish dance, particularly  Yiddish dance, the dance to klezmer music.       Born on Governor’s Island, Bar Mitzvahed in the Bronx, and living now in Philadelphia, Steven Lee Weintraub received his dance training in Manhattan with Alvin Ailey and Erick Hawkins, among others. He is in international demand as a teacher of traditional Yiddish dance at festivals and workshops including Klezkamp, Klezkanada, and festivals in Krakow, Furth, Paris and London to name a few.  Steven delights in introducing people to the figures, steps and stylings of the dances that belong to Klezmer music. He has often been called the “Pied Piper of Yiddish Dance”; his years of experience leading and researching Yiddish dance allow him to quickly weave dancers and music together in astonishing ways. Young and old, from all backgrounds, find it easy to share in the joy of Yiddish dancing. 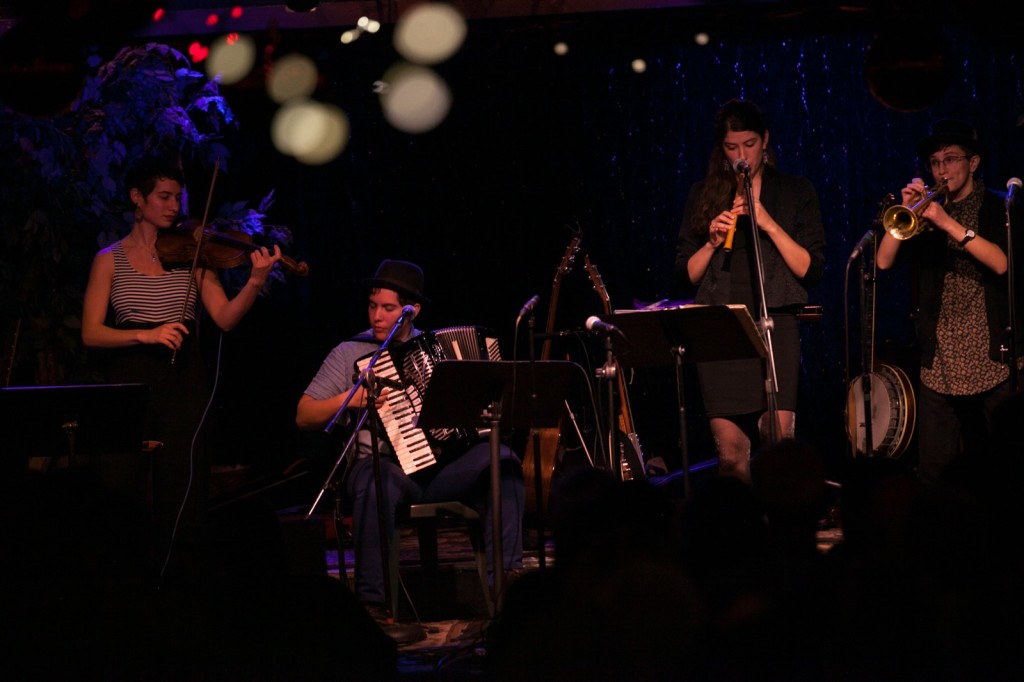 Tsibele (“tsih-bu-leh”) is a new-traditional klezmer band based in Brooklyn, New York. Their repertoire comes from Moldovan/Bessarabian music and the music of Jewish migrants from Europe to America, including the music of the Belf era. Tsibele’s music explores the limits of the klezmer idiom through improvisation and songs from the edges of klezmer. They happily vacillate between the traditional and the experimental, equally comfortable playing an acoustic dance set at a wedding and an electronic house concert, and everything in between. Tsibele means onion in Yiddish.