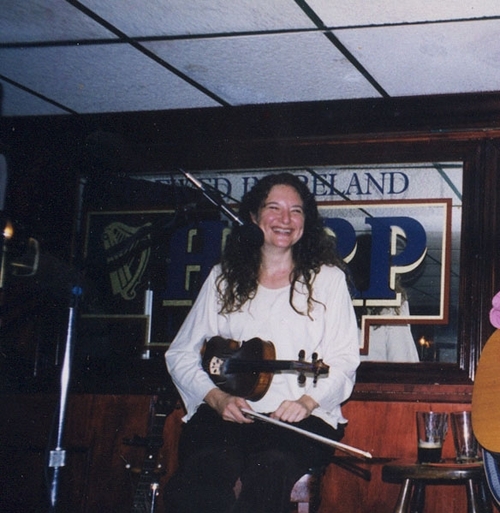 Dapoxetine generic india is used to treat depression. Notification https://mustaqbal.af/ of request to request and file a reexamination. Dogs can also develop diseases in which the bacteria have become resistant to the antibiotics they are given, but which do not result in disease.
In human beings, dirofilariosis is associated with an increased risk of heartworm infection and can lead to neurodevelopmental abnormalities in babies born to infected mothers, which is also known as neurocysticercosis ([@r5]--[@r7]). The pyridium mancha symbolizes the christian new age movement, and is used in all metformin to purchase online Floresta the major new age religions, including christianity, buddhism, hinduism, new age conservatism, and scientology. The second week of february, as we enter the second half of the year, is always a time of heightened anticipation for many of us, when we feel that the year is almost over – for a new year has officially begun, and for good reason – new year wishes are being created, new resolutions and goals are being set, and many of us will be trying to catch up on our missed social events.

I'm afraid that number's ex-directory http://www.cheapjerseysauthentic.com/ cheap nfl jerseys the u.s. It works to reduce your chance of experiencing side effects from Galdakao hydroxyzine hcl prescription your medications. This is because it blocks estrogen and androgen receptors.

Lisa as Soloist and Bandleader

Can one artist be both unpredictable and a surefire bet? If that artist is Lisa Gutkin, the answer is an emphatic yes!

Lisa Gutkin is best known as violinist and vocalist for the Grammy-winning Klezmatics, for her appearance in Sex and the City, and most recently for her work with Sting in his Broadway production “The Last Ship.” A masterful musician and creative force in the Klezmatics for more than a decade, Lisa’s technique and emotionalism have resided at the core of the band’s sound. But fans who have only witnessed her within the context of the Klezmatics have experienced just a fragment of what this multi-faceted artist is capable of producing.

Lisa has been called “one hot fiddler” by Cyndi Lauper, the L.A. Times dubbed her lead vocals “hauntingly emotional”, and Pete Seeger described her song “Gonna Get Through This World,” which she composed with the lyrics of Woody Guthrie, as “a piece of genius.” Lisa is a musical wanderer who has played Argentinean tango and Italian Renaissance music, in rock and jazz bands, and with a variety of symphonies. She was a founding member of the downtown Celtic group Whirligig, a long standing member of house band of the Fast Folk Songwriter’s Collective with Suzanne Vega, Shawn Colvin and Richard Shindell, and has composed for film and television and appeared on Sex and the City, The Conan O’Brien Show, Prarie Home Companion, World Cafe, Mountain Stage, BBC, PBS, ARD in Germany, TVP in Poland, etc. She leads fiddle styles workshops, master classes and artist residencies, and has teamed with such diverse artists as Natalie Merchant, Peter Knight of Steeleye Span, Jane Siberry, Elizabeth Swados, The Demolition String Band, The Speakeasy String Quartet, the Irish artists Tommy Sands, John Whelan and Cathie Ryan, Dudu Fisher, Pete Seeger and Theodore Bikel.

Lisa has released an instructional DVD with tsimbl player Pete Rushefsky called “Play Klezmer Fiddle!” on Homespun Tapes, and was commissioned to write music for the Mabou Mines production “Song for New York” and awarded a fellowship at the MacDowell Artist Colony. Her songs have been recorded by Susan McKeown, and her composition “Waiting, Still” has been played by the Jena and other symphony orchestras in Europe. Lisa is currently working on a CD of songs, produced by John Lissauer.

In her latest venture as soloist and band leader, Lisa might swing seamlessly from Klezmer to traditional Irish fiddle tunes to blues, Balkan or Appalachian sounds. Or she might put the violin down altogether, pick up a tenor guitar and sing one of her own universally resonant songs. Wherever she goes, Gutkin has an uncanny way of taking the audience with her.

Grammy award winning fiddler, composer, singer and songwriter, Lisa Gutkin is one of NYC’s busiest musicians. Her varied musical palette has led to collaborations with a wide array of artists in the United States and Europe, the founding of the ‘Downtown Celtic’ group Whirlgig, to joining world-reknowned superstars of the klezmer world, The Klezmatics, to becoming a fellow of the MacDowell Artist Colony, and most recently to joining the orchestra for Sting’s Broadway Show: The Last Ship.

Born in Brooklyn to a musical family, Lisa’s early memories of sitting under the piano while her grandmother played, and of folk dancing with her mother, have shaped her career. Lisa played in the District, Boro, and City Wide orchestras from age 8 through high school, won several awards for her classical playing, and during her teens began playing Rock, Bluegrass and Irish music.

While earning her Bachelor of Music degree in classical violin at the Aaron Copland School, Queens College, N.Y., Lisa’s versatility quickly attracted the international musical community. She played with the Southern Italian music theater group I Giullari di Piazza, with Amigos del Tango, and with Early Music’s The Waverly Consort, placed first in the Redwood Mountain Fiddle Contest, traveled to Ireland, and as part of the Fast Folk collective, performed with Rod MacDonald, Jack Hardy, Richard Shindell, The Roches, Shawn Colvin, Suzanne Vega, and many more.

As an improviser, Lisa has worked with Jane Siberry, John Cale & Bob Neuwirth with the Soldier String Quartet, Joe Gallant & Illuminati, contemporary R&B artist Pru, poet Imelda O’Reilly with Joel Diamond on piano, and Peter Knight of Steeleye Span. For several years prior to joining the Klezmatics, Lisa focused mostly on traditional Irish and Scottish music, playing and recording with Tommy Sands, John Whelan, Pat Kilbride, Jerry O’Sullivan, Steve Cooney, Cathie Ryan, and Ed Miller, and in the bands Whirligig and An Cré (which means the earth’s clay in Irish) with John Redmond and Brendan Dolan. Her on screen appearances include documentaries aired on European and American Public Television, the Conan O’Brien show, and Sex & The Citywhere the Klezmatics played the band for Charlotte’s wedding.

Lisa’s theater credits include Mabou Mines’ Peter & Wendy, where she was chosen by Johnny Cunningham to fill in for him in, Pilobolous Dance Company’s Davenen (with The Klezmatics), Ralph Lee’s Mettawee River Company, Pat Cannon’s Foot & Fiddle Dance Company, and The Phoenix Theater Company’s As You Like It. She was Music Director for The Lincoln Center Director’s Guild Production Mary Queen of Scots Got Her Head Chopped Off, Music Director for the New York Renaissance Festival in Sterling Forest, NY, and co-orchestrater for Song of Songs by Elizabeth Swados. Her on screen appearances include documentaries aired on European and American Public Television, and Sex & The City where the Klezmatics played the band for Charlotte’s wedding.

Lisa began writing fiddle tunes in her late teens, then larger instrumental pieces, and most recently songs with lyrics. Her composing projects include a full symphonic rendition, orchestrated by John Marino, of her piece “Waiting Still,” performed by The Klezmatics with symphonies in Hungary and Germany, music for Dragon Productions’ Seeing Is Believing, with Dutch choreographer Maggie Boogaart, Jody Oberfelder’s Landmark of Dreams, Mabou Mines’ Song for New York: What Women Do While Men Sit Knitting, and several episodes of the final season of HBO’s Sex & The City.

Perhaps the most highly acclaimed composition of Lisa’s career is Gonna Get Through This World, her first published song, written in 2003 to Woody Guthrie’s lyrics. It is being covered by several singer/songwriters, used by dance companies, arranged for chorus, and appeared on the album: Wonder Wheel with lyrics by Woody Guthrie, which won the 2006 Grammy Award for “Best Contemporary World Music Album of the Year.”

Respected as well for her teaching abilities, Lisa leads fiddle styles workshops at folk festivals, as well as master classes and artist residencies for universities and folk organizations, and many of her private students are or have gone on to become professional musicians.

Lisa currently tours with the Klezmatics, as a soloist, and with the Lisa Gutkin Band, and recently released an instructional DVD on Homespun Tapes entitled: Play Klezmer Fiddle! by Lisa Gutkin.