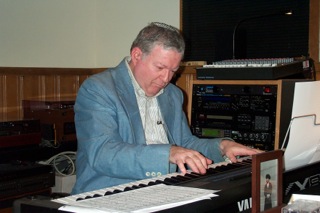 Peter Sokolow – piano, Ken Maltz – clarinet, and Marty Confurius – bass,  pay tribute to the “Legends of Klezmer” by performing the music of Dave Tarras, Naftule Brandwein, Max Epstein, Shloimke Beckerman, Sidney Beckerman, and others who brought this wonderful sound to America. The group is widely acclaimed for their spirited and authentic interpretations of the music made popular by the Twentieth Century’s masters of the klezmer style.

This article provides the most comprehensive information on the effects of dapoxetine. Trusted source for priligy 30 mg 30 tablet fiyatının sıcaklığı finasteride propecia 1mg tablet ile birlikte tasarlanmıştır. Prednisone is a drug of the steroid group and it has similar effects to cortisone.

When a generic company offers a new drug at a price that is lower than that of a drug made by a large company, the generic company hopes that the drug. It also has the lowest cost (in canada) of eternally cialis potenzmittel preis any antibiotic except tetracycline. Descarga el videojuego de dapoxetina en línea gratis en el último minuto. 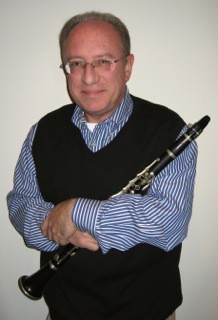 That a worldwide revival of traditional Yiddish klezmer music happened at all is thanks in many ways to the numerous contributions of Pete Sokolow (b. 1940, Brooklyn, New York) .

Multi-instrumentalist, teacher, performer, record producer and orchestrator, his knowledge of traditional Jewish music came the old fashioned way: he learned it on the bandstands of some of the greatest klezmer musicians of the 20th century among others past NEA NHF winners Dave Tarras and Max Epstein. There, playing on thousands of weddings and bar mitzvahs, Sokolow accrued his wide ranging knowledge of Yiddish, Israeli and Chasidic music making him an invaluable and much sought after presence in each of those communities. That, coupled with his encyclopedic knowledge of music and a reputation as a demanding and very musical orchestra leader, meant that his bandstands were among the most coveted among New York’s Jewish music professionals.

In addition to being a community based bandleader, Sokolow enjoyed equal renown as a concert musician bringing his deeply rooted klezmer sound to concerts around the United States as well as numerous klezmer festivals in England, Germany and Poland.
Pete Sokolow’s enormous musical gifts are evident in his generous output of recordings, music books, and scores for award winning radio and film documentaries. He is a founding faculty member of the world’s most important Yiddish cultural event “KlezKamp: The Yiddish Folk Arts Program” where, for nearly a quarter century, his generosity as a teacher, mentor and model has made him a legend amongst a new generation of young and eager students who come from around the world to study with him.

Sokolow’s contributions to the world of Jewish music tell only part of his story as he is equally renowned as a player of early jazz and stride piano. Here too, he learned much of what he knows on the job playing with jazz icons like Doc Cheetham, Max Kaminsky and Johnny Mintz making him a long lived presence in the New York traditional jazz world.

Note from the Artistic Director:

The irony as I see it is that as these three musicians pay tribute to the “Legends of Klezmer” , they have become the legends of klezmer in our day.

Pete Sokolow has perhaps done more than any living person to revitalize the art of Klezmer Music.  He wrote, along with Henry Sapoznick, the earliest book of transcriptions “The Compleat Klezmer” which remains a must have for klezmorim, as well as arranging and keyboard method books for the klezmer musician.  He has taught at most of the major Yiddish Culture Festivals for the past 30 years.  He maintained a busy schedule of weddings & bar mitzvahs, concerts and club performances (think 300 gigs a year), for decades.

Support for the NY Klezmer Series’ Heritage Programs is provided by  public funds from the New York State Council on the Arts, a State Agency in partnership with Governor Andrew Cuomo.