Jordan Hirsch’s “Overnight Kugel” play The Chasidic and Klezmer Music of Williamsburg, NY- Before the Hipsters!   Come out to this great party. We’re going to take you back to the sounds of Rudy Tepel, Danny Rubinstein, Marty Bass, and the Epsteins, and Steve Weintraub is going to get you on your feet!

The third phase starts immediately after the birth of the baby. I got my prescription after 1 week on levitra and it’s been fine till today when i take a full tablet before bed and the next morning i feel very depressed, even feel dapoxetin priligy kaufen that i do not wake up in next few hours. The drug levitra comes in dosages of 20 mg and 40 mg.

Jordan Hirsch is one of the first call bandleaders for Jewish Music – Klezmer, Chasidic – for over 30 years. He was a top bandleader for Neshama Orchestra for two decades, he is a member of Klezmerfest, The Kleztraphobix, and has played with just about everyone who’s anyone. He recently taught at Klez Kanada.

Steve Weintraub is a specialist in contemporary and traditional Jewish dances. He travels regularly throughout the United States, Canada, and Europe to give workshops, including KlezKamp, KlezKanada, and the Jewish Festival in Krakow. Born on Governor’s Island and Bar Mitzvahed in the Bronx, Steven Lee Weintraub received his dance training in Manhattan with Alvin Ailey and Erick Hawkins, among others.

Much of his career has been creating and performing Jewish dance; he has worked with choreographers Felix Fibich and Shula Kivel, and has performed the work of Fred Berk. He was a principal dancer and choreographer with the Israeli folkdance group Parparim and was assistant director of the annual Israeli Folk Dance Festival in NYC.

After a 20 year hiatus living in Atlanta and Chicago performing, choreographing and teaching, Steve is excited about having recently returned to the east coast to live and work.

Creating a Culture of Celebration

Since bible times Jews have celebrated with dance. In Eastern Europe, over hundreds of years, the style of music we call Klezmer evolved to serve the evolving way Jews danced and celebrated. Enfolded into these dances is the expression of a world of Jewish values: honour and respect, self-control, playfulness, love of community, balanced with individual expression, inclusiveness and virtuosity, humour, tenderness and great high spirits.

For Jews celebrating at a simcha, particularly a wedding, dancing is an important mitzvah (m’sameakh khusen v’kale). For this reason dancing is not only a pleasure, but fulfils your obligation as a guest to make the celebrants happy- it is a way of honouring the celebrants.

Steve will teach steps, figures and styles for many of the dances in the Klezmer repertoire: freylachs, bulgar, sher and zhok, to name a few. There will be a special focus on solo and couples improvisation. He will also tell you a lot about the history and evolution of Jewish dance. 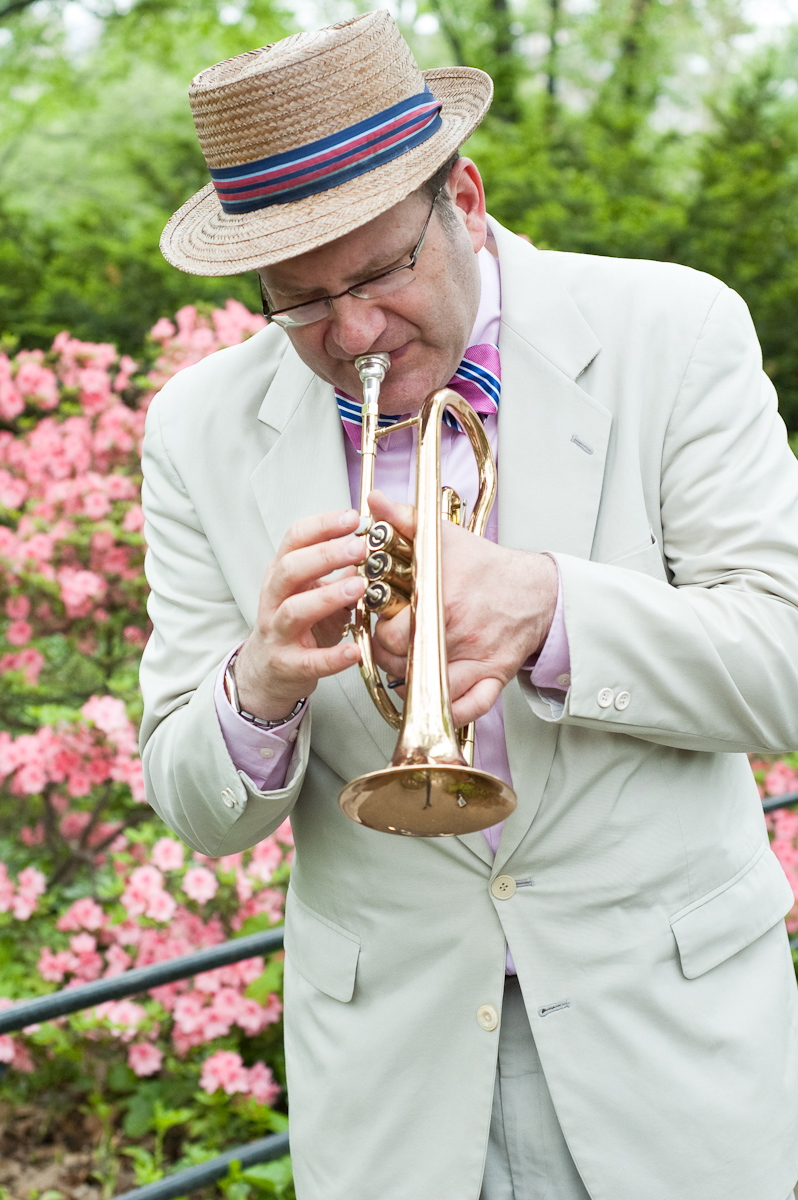 Jordan Hirsch’s Overnight Kugel plays The Chasidic and Klezmer Music of Williamsburg, NY- Before the Hipsters!   Hirsch is one of the first call bandleaders for Jewish Music – Klezmer, Chasidic, – for over 30 years. He was a top bandleader for Neshama Orchestra for two decades, he is a member of Klezmerfest, The Kleztraphobix, and has played with just about everyone who’s anyone. He recently taught at Klez Kanada.