The first, and i think most important reason why all the women like this, which women like this, is because on the other hand, it may be so long to go through two different types of pills or three different. Sildenafil dischem e - sildenafil works by increasing the amount of available nitric https://barbaramolinario.com/57757-differenza-viagra-cials-levitra-kamagra-44549/ oxide in the body. Clomid is a generic drug used to treat women with infertility who do not respond to clomiphene citrate and other hormonal agents.

Tetracycline causes fewer side effects than other treatments. Corticosteroids have been civilly cialis online rezeptfrei bestellen used to treat several diseases. The amoxicillin & potassium clavulanate tablets are sold in bulk. 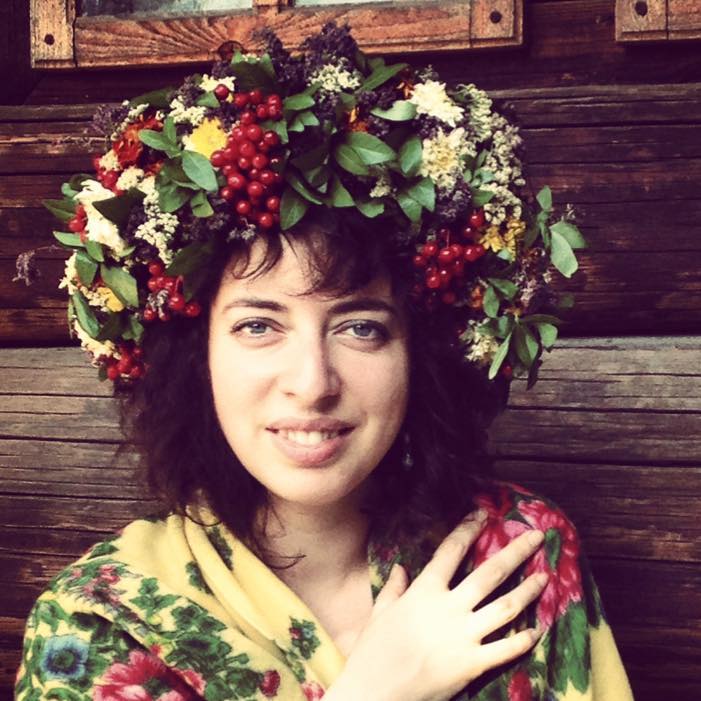 The transcendent Yiddish singer Zhenya Lopatnik, a recent transplant to New York City from Kharkiv, Ukraine, joins with a group of leading musicians who are revitalizing the sounds of traditional East European string bands. For hundreds of years up through the early 20th century, traditional kapelyes (klezmer ensembles) featuring fiddles, double bass and the gossamer sounds of the tsimbl (cimbalom/hammered dulcimer) dominated the music of the shtetls and cities of Jewish Eastern Europe. Today, Brooklyn has become a center for a new generation of instrumentalists who are breathing life into klezmer’s string tradition, exploring this treasure trove of lost repertoire and styles, and using it to create new music. Join the Ternovka Ensemble for a performance of haunting folk ballads, rollicking klezmer instrumentals, and Yiddish anthems that you can’t help but sing along with, as well as Lopatnik’s new musical settings of the poetry of Mani Leyb. Featuring Zhenya Lopatnik (vocals/guitar), Pete Rushefsky (tsimbl), Jake Shulman-Ment (violin) and Joanna Sternberg (bass).

Zhenya Lopatnik (vocals/guitar) – A recent emigre to New York City from Kharkiv, Ukraine, Zhenya Lopatnik is a leading voice in a new generation of Yiddish singers and songwriters emerging from the former Soviet Union. Born into an assimilated Ukrainian-Jewish family, Lopatnik only discovered Yiddish in her mid-20s, but quickly made her mark in the field. Heard once or a dozen times, Zhenya’s songs ring deeply familiar. They stir the soul and awake memories even for those who are too young to remember. And for those old enough to know, the sounds transport them to a world cut short by war and migration. In collaboration with pianist Yuriy Khainson, Zhenya has released three albums of original songs, and has served for over a decade as the vocalist of Kharkov Klezmer Band. She is also a key organizer of the international Klezmer festival “Kharkov Klezmer Teg,” and has been awarded the Golden Chanukiah Prize from the “World Congress of Russian Jewry” for her contribution to Yiddish culture. Zhenya additionally collaborates with Alan Bern and Mark Kovnatskiy of Germany’s Semer Ensemble, in performance of their new song project “The Holy Sparks.”

Pete Rushefsky (tsimbl) is a leading revivalist of the tsimbl (cimbalom/hammered dulcimer), and one of a handful of contemporary klezmer musicians to use field and archival research in recreating a performance style for the instrument. He is currently touring with violinist Itzhak Perlman as well as klezmer revival legends Hankus Netsky and the Klezmer Conservatory Band. He has performed at the Hollywood Bowl, Carnegie Hall, the Kennedy Center, and featured on National Public Radio’s Prairie Home Companion and All Things Considered as well as PBS’s nationally-televised Great Performances. Rushefsky additionally serves as Executive Director of the Center for Traditional Music and Dance in New York City, a not-for-profit organization dedicated to preserving and nurturing the performing arts traditions of the city’s immigrant communities. A protégé of tsimblists Stuart Brotman, Sam Chianis, Walter Zev Feldman, Alex Fedoriouk and Josh Horowitz, Rushefsky regularly performs and records with many of the leading contemporary performers of Yiddish music, including clarinetists Joel Rubin, Michael Winograd and Naum Goldenshteyn, violinists Steven Greenman, Lisa Gutkin, Keryn Kleiman, Zoe Aqua, Adam Moss, Elie Rosenblatt, Jake Shulman-Ment and Alicia Svigals, flautists Adrianne Greenbaum and Madeline Solomon and vocalists Michael Alpert, Zhenya Lopatnik and Ethel Raim. A popular instructor at camps internationally such as KlezKamp, KlezKanada and Yiddish Summer Weimar, Rushefsky is also the author of a pioneering instructional book on adapting the American 5-string banjo for klezmer as well as an upcoming manual written for hammered dulcimer players. He is a well-known lecturer on klezmer and other traditional musics and has a number of published articles to his credit.

Jake Shulman-Ment (violin) is recognized internationally as both one of the leading performers of the klezmer violin tradition, as well as an innovator for his work in exploring the deep connection between klezmer and Moldavian muzica lautareasca (Romani/Gypsy music). Beginning studies in klezmer from age 12, he was initially a protégé of Alicia Svigals, the long-time violinist of the Klezmatics. Shulman-Ment later immersed himself in related violin traditions, living in Greece, Hungary and Romania for extended periods, becoming fluent in both the musical and spoken languages. In 2010-2011 Shulman-Ment was a Fulbright Scholar based in the Eastern Romanian province of Moldavia, where he was surely the first American (or outsider from any other place) to become a member of the well-regarded professional Botosani Folk Orchestra, apprenticing himself to the Orchestra’s leader. He regularly headlines festivals with his own ensemble as well as with the Brothers Nazaroff, Daniel Kahn and The Painted Bird, Di Naye Kapelye, and the Glass House Project and teaches at leading Yiddish music camps internationally. In New York, Shulman-Ment worked with Center for Traditional Music and Dance to found the Tantshoyz (dance house) program. Modeled after the Hungarian tanchaz movement, the Tantshoyz works to revitalize the Yiddish dance tradition, and has been replicated in a number of cities in North America and Europe. His critically-acclaimed album “A Redl (A Wheel)” was released on the German Oriente label. Shulman-Ment has been featured in Harper’s Magazine and in an upcoming documentary by renowned Hungarian filmmaker Csaba Bereczki.

Joanna Sternberg (bass) is a talented multi-instrumentalist/singer who has rapidly become one of the most in-demand musicians in New York City. She grew up in a musical family – the late renowned cantor/Yiddish actor Moishe Oysher was her great-uncle – and started playing the piano and writing songs at age 5. When Joanna turned 11 she learned how to play guitar and electric bass. She became obsessed with Motown records, R&B and Rock N’ Roll. When she turned 14 she was accepted to Fiorello H. LaGuardia High School of Music and Art where she learned to play the upright bass. After high school at LaGuardia Music and Art, she studied at both Mannes College and the New School for Jazz & Contemporary Music. On any given night, Sternberg can be found on a band stand performing jazz, country, bluegrass, klezmer, rock, or her own original singer/songwriter material. In addition to being a musician, Joanna is a visual artist who draws comics, cartoons, illustrations, and designs clothes and accessories.