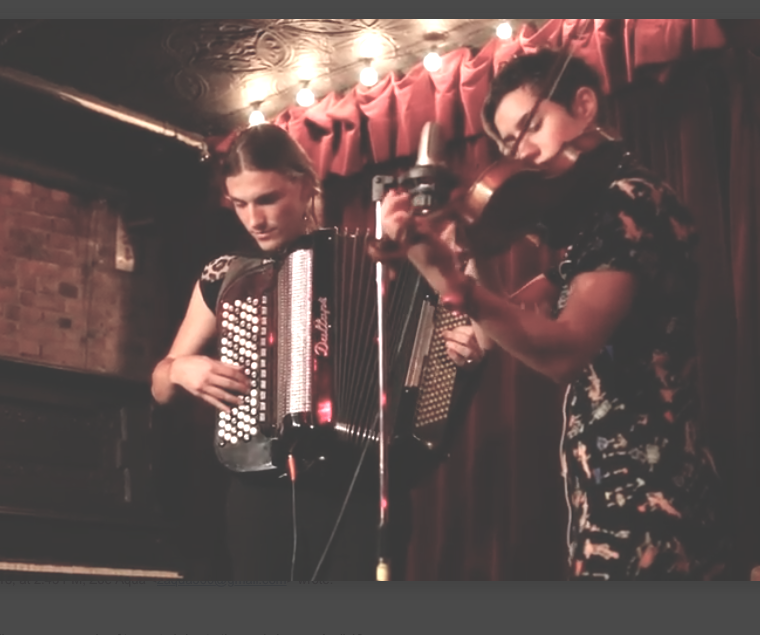 Zoë lives Brooklyn, NY and plays violin. She served as the full-time understudy for the Klezmatics’ Lisa Gutkin in the Broadway production of Indecent. She is a founding member of Tsibele, a 5-woman klezmer ensemble which released their debut album “Indroysn iz Finster/ It’s Dark Outside” in Sept 2017.

Mattias lives in Oakland, CA and plays dugmetara (Serbian-style button accordion). They have traveled to Belgrade Serbia to study with Nenad and Predrag Ivanović, and have also explored traditional folk throughout Hungary and Transylvania at music camps such as Métatábor and Kalotaszentkirály tabor.