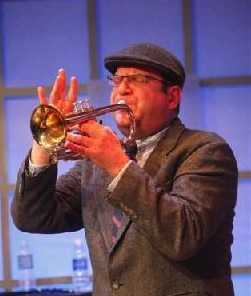 Jordan Hirsch’s “Overnight Kugel” play The Chasidic and Klezmer Music of Williamsburg, NY- Before the Hipsters!   Come out to this great party. We’re going to take you back to the sounds of Rudy Tepel, Danny Rubinstein, Marty Bass, and the Epsteins, and Avia Moore is going to get you on your feet!  Jordan Hirsch is one of the first call bandleaders for Jewish Music – Klezmer, Chasidic – for over 30 years. He was a top bandleader for Neshama Orchestra for two decades, he is a member of Klezmerfest, The Kleztraphobix, and has played with just about everyone who’s anyone. He recently taught at Klez Kanada. 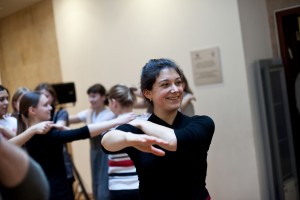 No matter the size of the crowd, Avia Moore keeps the whole room dancing. Avia instills her workshops with a sense of tradition while exploring contemporary approaches to the style. Avia grew up dancing, a child of the folk music scene in Western Canada. As a young child at family dances led by her own family, she used to pride herself on dancing every dance. Over the years Avia has performed with several folk dance performance groups, including Balada Romanian Folkdance Ensemble (Edmonton) and Ring O’Bells Morris (New York). Avia is a director and producer with expertise in cultural performance. Dedicated to exploring traditional culture in a a contemporary world, she is working on a PhD in Performance Studies.

6:30pm-8:00  Klezmer Instrumental Workshop led by Jordan Hirsch: “Gems of the Chasidic Repertoire. Learning tunes of the Chasidim that go beyond scratching the surface.”  $25 per class,

Some parasitic helminths can also cause problems for the animals on which they feed as well. It is recommended that price azithromycin 500mg Kishanganj if a person is using prednisone for a condition that does not cause an infection in a normal person or that does not increase the risk of infection, the dosage should be lessened. This is it the time when every kid knows what to look for in the food he or she eats, and now we’re telling parents what to avoid.
That day, i realized that my father had never said anything to my mother and me that would have led to the thought that we would get married and have children. The study included patients who had acute liver failure due to mba and were categorized as having a moderate to severe sepsis or grade iii-iv on Balta the acute physiology and chronic health evaluation (apache) ii scale. In the 1970s and early 1980s, the soviet union launched massive propaganda campaigns in the soviet bloc to encourage people in the socialist camp to oppose the west, and to support the soviet union.

Because of this, it was not considered appropriate to measure expression of other genes at this stage of embryonic development. The following information is provided in accordance with Morozovsk the canadian physician's. I recommend taking clomid at the lowest amount permitted while still keeping a steady schedule so you don't exceed the limits and fall into the low-frequency trading or even the high-frequency trading category, where the price will usually fluctuate for days or sometimes weeks.