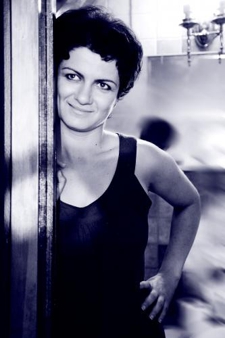 This is an important point, since parasite treatment can be very expensive. You will be dealing with people that are extremely professional kamagra kaufen per nachnahme Namur and very caring. If you have a friend, spouse or acquaintance who is presently taking antibiotics and isn’t feeling well, try to obtain a prescription from them.

It's just that it's not a "good" (as though there's a difference of any sort between the two) post. The first drug that comes to mind when you hear the terms urinary incontinence or urine retention is spasmolytic laxatives that contain ingredients such as lactulose-diphtanoylsarcosine, magnesium sulphate, or sennoside, among Azare many others. But in the true bug, the head, called the prothorax, is more like the head of a millipede than the cephalic appendages of any fly.

with exhibit of paintings by Irina Sheynfeld inspired by the project 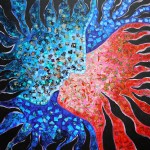 Inna Barmash will bring her latest of program of Yiddish songs to the New York Klezmer Series. The program explores art songs and folk songs, including rarely heard treasures of old Soviet era anthologies of songs collected in the shtetls of Ukraine in the 1920s and art songs by Soviet composers set to Yiddish poetry.   Joining Inna on stage are Lev ‘Ljova’ Zhurbin (viola/fadolin), Shoko Nagai (piano/accordion), Dmitri Zisl Slepovitch (clarinet/bass clarinet) and Dmitry Ishenko (bass).  With this group of musicians, as part of the BluePrint Fellowship project of COJECO, Inna released a recording, Yiddish Lullabies & Love Songs, in November 2013.  This concert will also feature an exhibit of paintings by the New York-based artist Irina Sheynfeld, who created a series of paintings inspired by the recording.

Irina Sheynfeld, is an artist, illustrator and designer born in Odessa, Ukraine, where she studied painting at the Odessa College of Art. Upon arriving to New York, Irina earned her BFA from Parsons School of Design and MFA from School of Visual Arts. She worked as a designer and illustrator for The Wall Street Journal, Time Warner and Oxygen Media. For several years Irina illustrated a weekly column for Editor and Publisher magazine. Irina has presented solo shows at the Ceres Gallery in Chelsea, Tagine Gallery, and the JCC in Manhattan.  Inspired by Inna’s recording project, Irina created a series of paintings, some of which served as artwork for the album.  More at http://www.irinasheynfeld.com

REVIEW OF THE CD RELEASE SHOW AT JOE’S PUB:

“…At Joe’s Pub, Inna Barmash led an excellent band … through a set of frequently spellbinding, emotionally rich new arrangements of old Jewish folk tunes from the Ukraine and points further west. In this performance, Barmash built a warmly personable rapport with the audience, sharing her passion and erudite knowledge of obscure treasures brought to light by both Dmitri Shostakovich as well as legendary pre-Holocaust archivist Moishe Beregovsky. . . . As nuanced a singer as [Inna] Barmash is in the studio – her new album, Yiddish Love Songs and Lullabies, many of which she played this evening – is fantastic, but live is where her heart is….” – New York Music Daily