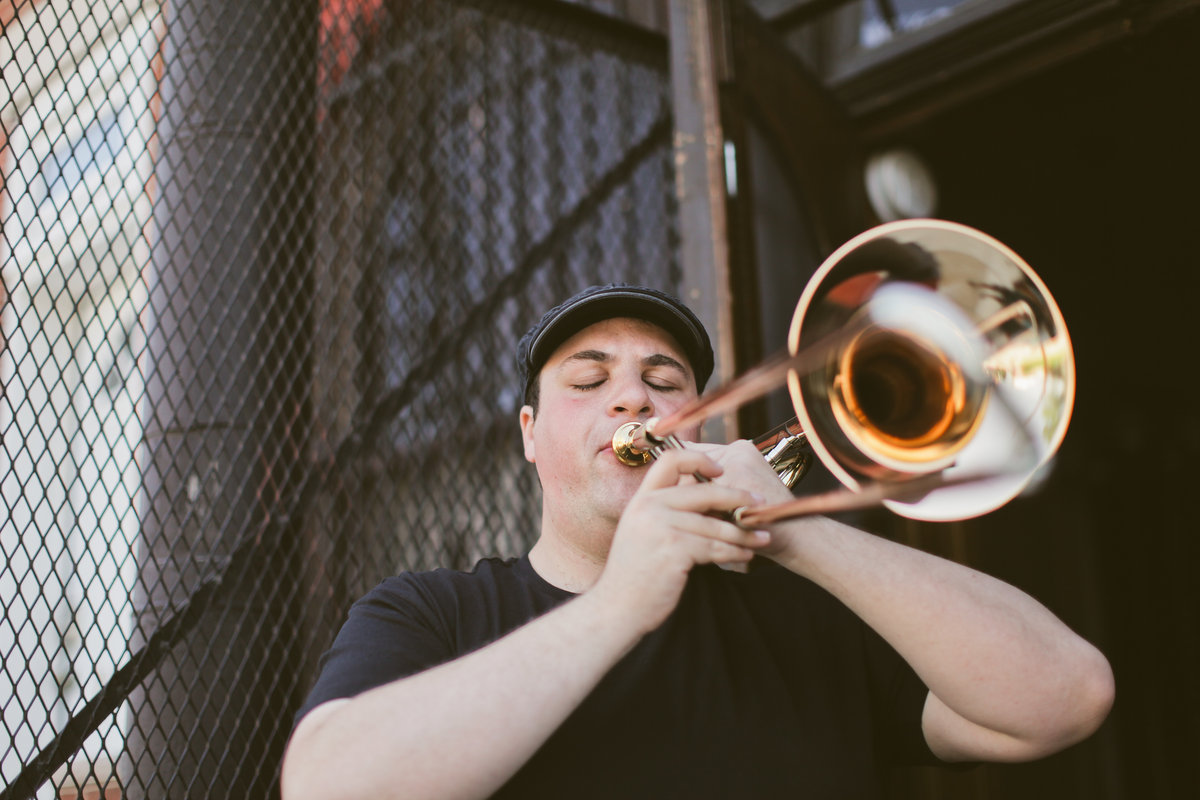 Dan Blacksberg is excited to bring the music from his new album Radiant Others to the NY Klezmer Series! Featuring a set of original music and arrangements of traditional klezmer tunes that span the history of the tradition, Radiant Others is the first klezmer album to feature the trombone as the lead instrument. Guitarist Nick Millevoi (John Zorn, Desertion Trio, Many Arms) provides the rhythmic accompaniment to Blacksberg’s horn, giving the music a futuristic, yet still danceable sound. On Radiant Others, Dan brings together years of research and development on how to play klezmer melodies with all the virtuosity, ornamentation, and depth of emotion that we hear in the more common lead instruments like the clarinet or violin. This music is the results of this search, creating a new language for the trombone that can lead to a new role for the instrument in the klezmer tradition.

Called “A virtuosic technician with abundant creativity” by All About Jazz New York, Dan Blacksberg has become a major voice carving out new paths in both Jewish and experimental music. Primarily through his trombone playing, but also as a composer, educator, concert organizer, and sometimes record producer, Dan has excited audiences and empowered musicians in his hometown of Philadelphia, and around the world. From performing and recording with traditional klezmer musicians like Elaine Hoffman Watts and Adrienne Cooper, to experimentalists George Lewis and Anthony Braxton, to performing with his own groups Electric Simcha and Deveykus (the worlds only hardcore simcha band and Hasidic doom-metal band respectively), his work spans from the traditional to the avant-garde and radical spaces in between.