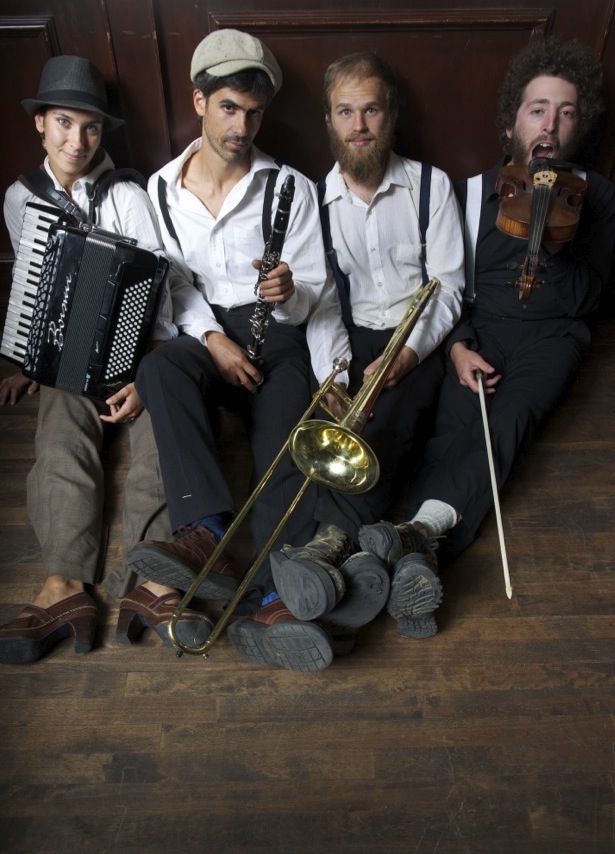 Their story started in Montreal in February, 2012, during evening Klezmer jams. Laurence Sabourin and Julien Biret were already playing as a duo for Weddings and private parties. Upon their meeting of Eli Richards, they discovered their desire to start a band drawing from the origines of Klezmer music, and to use it to renew and reinevent it. Ichka really took form with the arrival of Isaac Beaudet, in March, 2012, which completed the traditional instrumentation of a Klezmer band. Just a few months after they started playing together, they found themselves thrown into the Montreal world music scene, being invited to play various festivals and concerts.

Ichka presents a panorama of Klezmer music, with a repertoire stretching from the Ukraine to Moldova, from Greece to Turkey, passing through Romania and Poland. Their influences also come from various orchestras led by immigrants to the United States in the beginning of the 20th century. They are especially inspired by the musical arrangements of clarinettists Dave Tarras, Naftule Brandwein, and composer Abe Schwartz.

It is from their respective experiences that the four musicians give a new colour to this music which has traveled from the East to the West and around the world, all the time respecting the style and ornamenta- tion unique to Klezmer. Ichka presents with originality this music both danceable and nostalgic.

“Ichka brings something new to the Montreal stage in the genre of Klezmer music. The public of Montreal is lucky to have this group which brings such diversity and the possibility to discover a new musical culture.” – Sergiu Popa, accordionist, Montréal –

“Ichka is one of my new favorite bands playing klezmer today. While they have firm feet planted in the tradition of Eastern European Jewish music, they don’t for a sec- ond sound used, washed up, or like they are presenting a forgotten music. They sound alive, vibrant, and fresh; accomplishing precisely what a contemporary traditional klezmer ensemble should.”