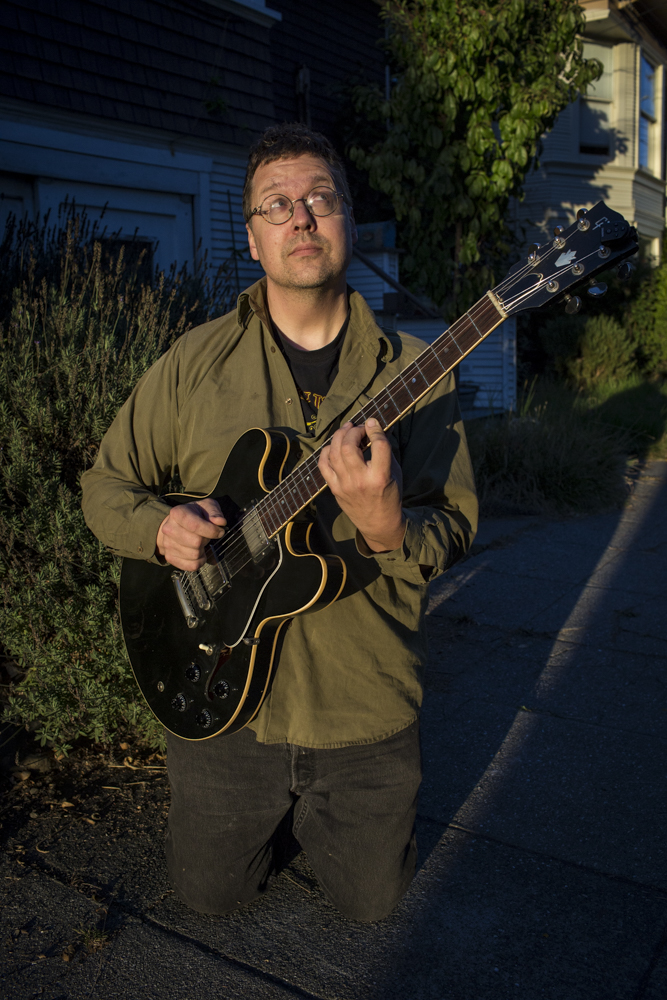 Aaron Alexander has a long history of performing Klezmer music on a high level with many of the great musicians in the genre. He has been playing this music for almost 30 years, and so he finally decided to make a pretty traditional Klezmer recording as a leader, (having appeared on dozens as a sideman). Alexander invited two of the finest Klezmorim in the world to join him: Michael Winograd on clarinet, and Patrick Farrell on accordion.

The three have a lot of experience playing together in creative bands led by Frank London, Alicia Svigals, Michael’s groups,  at Klez Kamp, Klez Kanada at weddings, bar mitzvahs and other situations. This recording was done by design without extensive rehearsal, in order to capture the feeling of joy, just playing “tunes we know” without being overly self-conscious. There are a couple newish tunes as well that they read down in the studio, including one original by Alexander, but for the most part it’s a traditional recording. A living tradition.

Together they have made a CD here that reflects their deep experience with this music and has a feeling of spontanaeity and joy, the love of this music, the party music of the Jewish People of Eastern Europe and Brooklyn and Hell’s Kitchen.

Drummer Aaron Alexander has been playing klezmer music for over 25 years. He is one of the most in demand drummers in the genre and leads his own groups in concerts, clubs, as well as at weddings, parties and bnai mitzvot. Also a well-regarded Jazz drummer, Alexander has recorded and performed with his own group, Midrash Mish Mosh, Klezmerfest, The Klezmatics, Frank London’s Klezmer Brass All-Stars, Alicia Svigals, Greg Wall’s Later Prophets, Hasidic New Wave, Adrienne Cooper, Pete Sokolow, German Goldenshteyn, Theo Bikel and many others. He has toured with his jazz collective trio Babkas widely in Europe, and performed with Mose Allison, Jay Clayton, Charlie Byrd, Julian Priester, Carla Bley, Satoko Fujii,  and many other jazz notables.  Alexander teaches drums and ensembles at Klez Kamp and Klez Kanada and has also taught at Yiddish Summer Weimar, Jewish Culture Festival in Krakow, Fuerth Klezmer Festival, London Klezmer Festival and others. Alexander is the founder and Artistic Director of the New York Klezmer Series.

Patrick Farrell is an accordionist, composer and bandleader based in Brooklyn, NY who has been described as a “wizard” (Feast of Music) and as a player of “mordant wit and blistering speed” (Lucid Culture). He is an integral part of the international klezmer community, plays with  “new music” and improvisational groups, and enthusiastically toots on an alto horn in various brass bands. Farrell has appeared on over 40 recordings, recently with Yo-Yo Ma and the Silk Road Ensemble and Never Enough Hope, and also enjoys working with dance and theater ensembles as a composer, music director and accompanist.

Current projects include the avant-garde/traditionalist klezmer group Yiddish Art Trio (with Michael Winograd and Benjy Fox-Rosen), unique and unusual duets with trumpeter Ben Holmes, New Yiddish Song duets with Berlin-based vocalist Sveta Kundish, chamber-folk ensemble Ljova and the Kontraband, and cross-cultural project from Lahore, Pakistan and Brooklyn, NY, Sandaraa. Until recently he led and composed for the circus/new-music group Stagger Back Brass Band, releasing one acclaimed album in 2009. Farrell also maintains his membership in Panorama Brass Band, from his former home of New Orleans, LA, during the annual Mardi Gras season. He plays in Frank London’s Klezmer Brass All-Stars and Alicia Svigals’ Klezmer Fiddle Express, and also often works as arranger for various ensembles and friends.  He has studied accordion in Macedonia, Serbia, Germany, and Romania, and has played in clubs, concert halls, streets, and serenades all over Europe and North America.

Clarinetist Michael Winograd is one of the most sought out Klezmer musicians today.  He performs internationally with his own groups, the Yiddish Art Trio (with Patrick Farrell on Accordion and Bassist/Vocalist Benjy Fox-Rosen),  Tarras Band, Yiddish Princess and with Socalled, Budowitz, Frank London and others.  He teaches regularly at KlezKamp, KlezKanada and other Jewish music workshops throughout North America and Europe.  His newest album “Storm Game” was released on Golden Horn Records in 2012.