Tickets available at the door. No advance sales.

The Ancient Law (Das Alte Gesetz) a cine-concert:  a screening of the foundational 1923 silent film, with a live  original score by Alicia and pianist/composer and silent film music legend Donald Sosin.

THE ANCIENT LAW is a landmark in Weimar cinema and an outstanding example of the creative contribution of Jewish filmmakers in 1920s Germany.  It is the story of a rabbi’s son who leaves his shtetl home in Galicia and makes his way to Vienna, where an archduchess at the imperial court falls in love with him. . The movie draws a complex portrait of the tension between tradition and modernity. 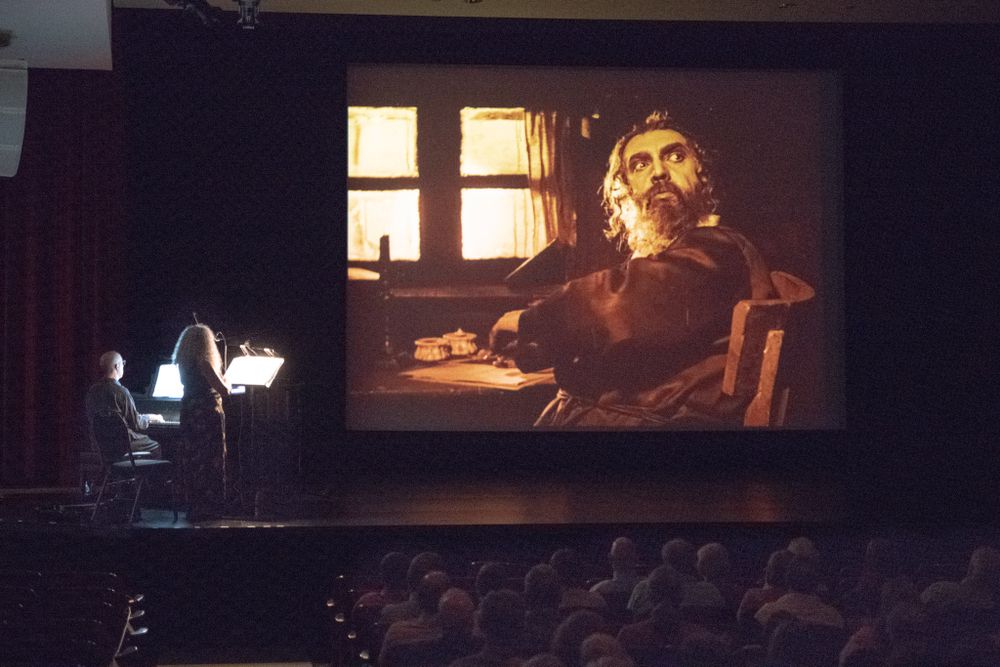 The discovery of the censor’s certificate with the text of the original intertitles was the impetus for this new restoration of THE ANCIENT LAW, available through Flicker Alley films.

Ewald André Dupont’s 1923 silent film The Ancient Law (Das alte Gesetz) was digitally restored in 2017 by the Deutsche Kinemathek with generous support from the Sunrise Foundation for Education and the Arts. The Ancient Law is an important piece of German-Jewish cinematic history, contrasting the closed world of an Eastern European shtetl with the liberal mores of 1860s Vienna. With its historically authentic set design and ensemble of prominent actors – all captured magnificently by cinematographer Theodor Sparkuhl – The Ancient Law is an outstanding example of the creativity of Jewish filmmakers in 1920s Germany.

After first reconstructing the film in 1984, the Deutsche Kinemathek found the censor’s certificate with the text of the original title cards. This provided the impetus for a worldwide search for all the surviving film elements and a new, digital restoration – which drew upon nitrate prints in five different languages held in archives across Europe and the United States. With the censor’s certificate, the restoration team from the Deutsche Kinemathek could accurately reconstruct the intertitles as well the correct editing. The color scheme is based on two nitrate prints nearly identical in their tinting and toning. The restored version closely corresponds to the original German theatrical release, both in its length and digitally simulated color.

In the film, Baruch (Ernst Deutsch), the son of a rabbi, becomes fascinated by the theater. Against his father’s wishes, Baruch leaves home and finds his way to Vienna, where an archduchess at the imperial court (Henny Porten) falls in love with him. She becomes his patroness, facilitating his successful career as a classical actor. But Baruch continues to long for home, and must find a way to reconcile his religious heritage with his love of secular literature. The movie paints a complex portrait of the tension between tradition and modernity. 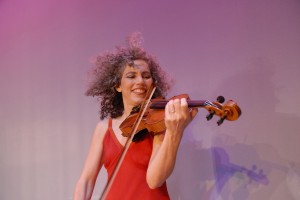 Alicia Svigals, violinist/composer and a founder of the Grammy-winning Klezmatics, is the world’s foremost klezmer fiddler. Alicia almost singlehandedly revived the tradition of klezmer fiddling, which had been on the brink of extinction until she recorded her debut album Fidl in the 1990’s. In February 2018, Svigals and jazz pianist Uli Geissendoerfer released her newest album, Beregovski Suite, a fantasy on klezmer melodies culled from the archive of early 20th century Soviet Jewish ethnomusicologist Moshe Beregovski.Svigals is also a composer who works in many genres. She was an NEA MacDowell Fellow in 2014, an honor for first-time fellows of “extraordinary talent.” She is the recipient of the Foundation for Jewish Culture’s 2013 New Jewish Culture Network commission for her new live score to the 1918 Pola Negri silent film The Yellow Ticket, which she tours internationally with pianist Marilyn Lerner, and was commissioned to create an expanded version of the score for the Seattle Symphony’s clarinetist Laura DeLuca, premiering in May 2014. She was fellow at LABA: a Laboratory of New Jewish Culture in 2014, where she studied Jewish texts with a multidisciplinary group of fellows and wrote a song cycle for soprano, violin and accordion drawn from that experience. In June 2018, Flicker Alley released her score to the 1923 silent film Das Alte Gesetz, co-written with pianist Donald Sosin, which they are touring internationally. 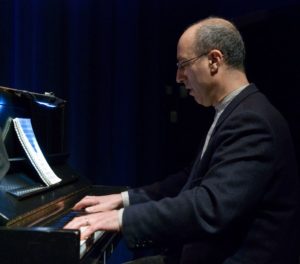 Donald Sosin (pianist and composer)  has performed his silent film music at Lincoln Center, MoMA, the Kennedy Center, and major film festivals in the US and abroad. He records for Criterion, Kino, Milestone and TCM. He has played his scores for Jewish-themed silent films at the New York Jewish Film Festival. His one-act opera for families, Esther, was performed at the National Yiddish Book Center. Other Jewish music includes a short children’s opera, A Parakeet Named Dreidel, Yiddish folk song arrangements, and Three Psalms, premiered in 2009 by the Jerusalem Symphony Orchestra.