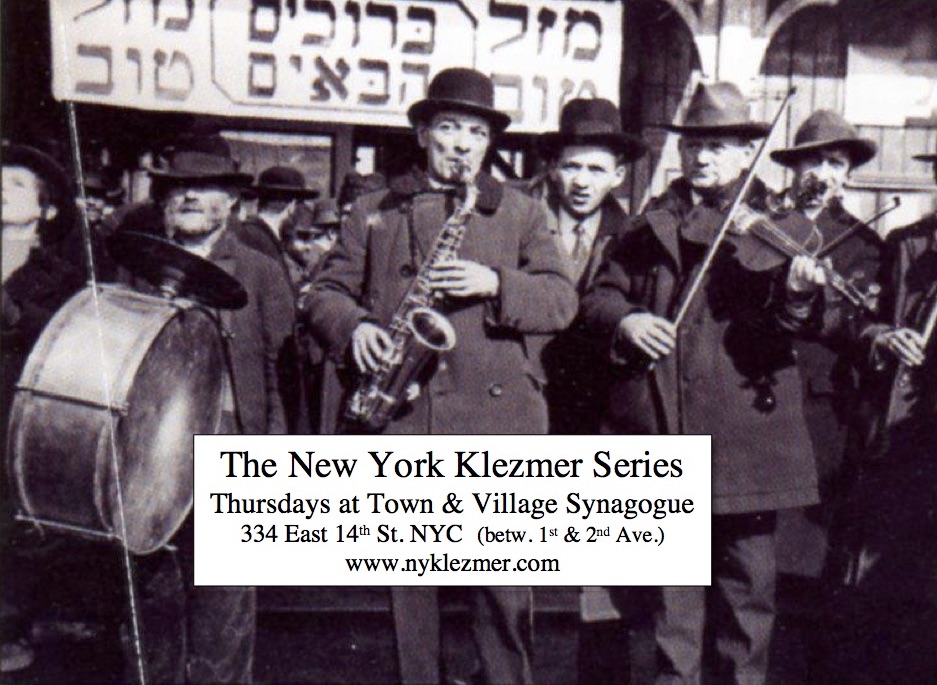 About the New York Klezmer Series The NY Klezmer Series (NYKS) has been presenting Yiddish music and dance in New York City since 2010. Each week, NYKS presents Concerts, Workshops, Jam Sessions as well as a monthly Tantshoyz Yiddish Dance Parties with live klezmer music.  The series is based at the Town & Village Synagogue’s Social Hall, at 334 E.14th St in the heart of the vibrant East Village near Union Square.

The NY Klezmer Series is an affiliate of the Center for Traditional Music and Dance and the Workmen’s Circle. The series website is www.nyklezmer.com, Facebook: https://www.facebook.com/groups/nyklezmer/

Now having exceeded 200 evenings presented in 9 years, we present these world class concerts, music and dance workshops, and open klezmer jam sessions in an intimate setting, in addition to providing education and a place for all to come and participate in this wonderful and often neglected part of Jewish and American Culture

Founded by Aaron Alexander and Rabbi Greg Wall, and inspired by the week-long Yiddish Culture events, Klez Kamp, Klez Kanada, YNY, and Trip to Yiddishland, the NY Klezmer Series  aspires to present primarily Yiddish cultural offerings in an intimate & respectful setting and allow the artists freedom to present their own vision.

What’s Klezmer? Klezmer music is the instrumental party music of the Jewish People from Eastern Europe – (Ashkenazim). It’s origins are in the 16th century, and it has evolved and assimilated local influences (Russian, Romanian, Ottoman, Hungarian etc.) wherever Ashkenazim have lived since. It is essentially Yiddish music – the instrumental music of people who spoke (and speak) Yiddish. It came to America with the immigration of Jews from Eastern Europe beginning in late 19th century, and has had a wonderful history in America, where it also assimilated American music traditions. Hasidic nigunim (wordless melodies), Yiddish theater music, Yiddish Swing and Yiddish folk song are all related and will be represented at the series. 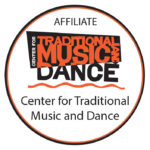